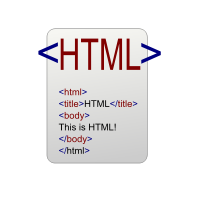 For years, we have been told that there are only 216 of the 256 colours that are so-called internet safe. IE: they won’t be altered in some strange way by various browsers. At the bottom of this page is a chart showing the colours that you can be relatively sure will look the same from browser to browser.

Note that the hexadecimal colour code is a six digit number always preceded by # (number sign).

By mixing all the colours (red, blue and green) equally, one gets white, grey or black:

By mixing red and blue equally and eliminating green, one gets a shade of magenta:

By mixing red and green equally and eliminating blue, one gets a shade of yellow:

By mixing blue and green equally and eliminating red, one gets a shade of cyan (turquoise):

See how easy it is to get the primary and secondary colours!

As you experiment with colours, you’ll see that some of them don’t show up well against light or dark backgrounds. Please bear this in mind as you choose colours for your HTML documents.

It is a good idea to specify a background colour similar to the background of your background image if you are using one; occasionally the image does not load.

For instance, you may want to have some texture for your background, rather than just flat colour. You can achieve this by tiling an image. Here are two examples of ways to render the colours on such a page with a virtual black background, white text, blue links, yellow visited links and green active links. Note the American spelling of “color” (the “u” is missing) for HTML and CSS coding.

With stylesheets enabled: This is what can happen when no default colour is chosen and the background image fails to load in your visitor’s browser.

(Use your cursor to highlight the above section to see that there are more words.)

Here are the colours that you can be relatively sure will look the same from browser to browser.

Often in CSS files, you will see only 3 characters instead of 6 after the number sign for the colour code. This is a shorthand. If the two characters for each of the RGB are identical, one character can be used; for example, #ff00cc will be encoded exactly the same way that #f0c is encoded. (Read more about CSS shorthand Hexadecimal Colors.)

To convert the hexadecimal numbers into decimal  R–G–B  numbers:

Here are a very few examples: